Join me now as we enter a land of absurdity, where concepts come to life merely because it would be amusing if they did, and where humorous misunderstandings take on a serious and biting edge. Come burble with laughter, as I do, at Nedroid Picture Diary.

A note on nomenclature: I refer to this comic as “Nedroid” in my head. I think the proper title might be “Nedroid Picture Diary” but I’m not actually sure. I’m going to call it Nedroid during the course of this post because it’s shorter.


Nedroid usually (though not always) features the exploits of Beartato, a bear/potato hybrid, and his friend Reginald, a man-sized bird of some kind. Continuity shows up occasionally, with most installments being stand-alone windows into a strange and unsettling little world. There’s no need to read the entire archive to understand and appreciate later installments, so feel free to jump in just about anywhere. 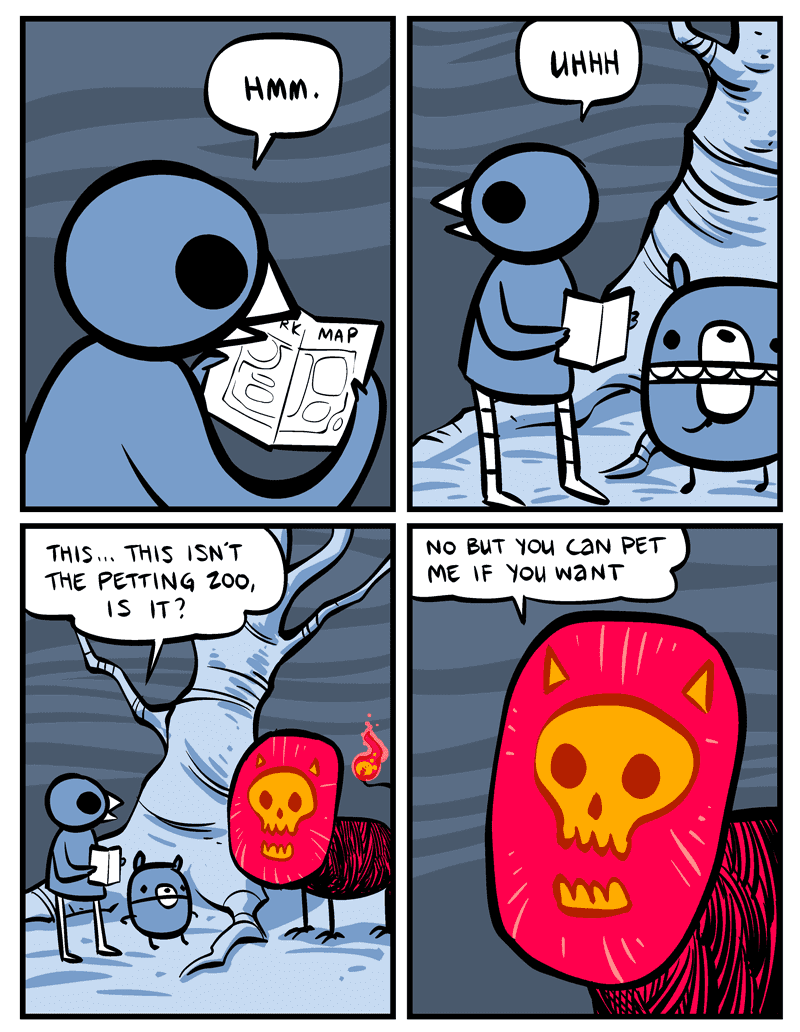 I find myself giggling like a madperson over this comic with surprising frequency. The jokes are typically simple, but they take things in such unexpected directions or are so nonsensical that they get me right in my humor spot. Not only will I laugh like crazy, I’ll often find myself thinking about a particular Nedroid installment months after I’d read it. They just have a way of sticking with me. That one up top about the pumpkins, for instance, will probably never get out of my head.


There may be a lesson in here for those who want to write comedy. Something about not overselling the joke. Something that should be summed up in a pithy saying instead of a paragraph of speculation. Something like: “Less is more.” 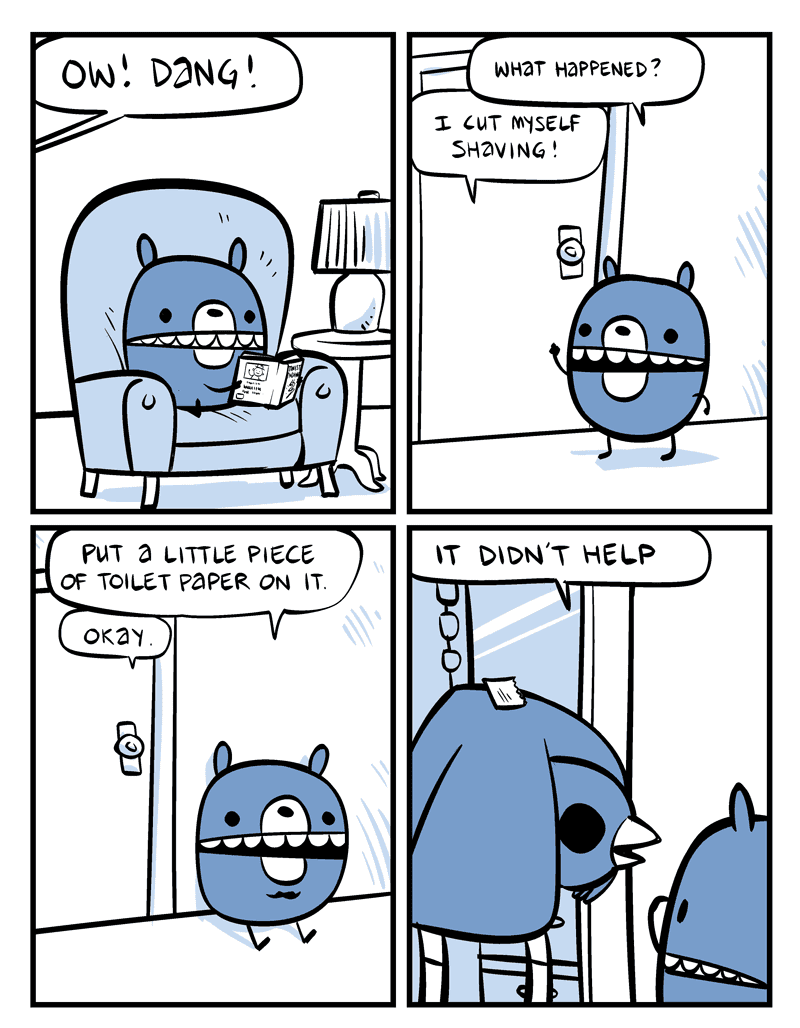 Central to Nedroid is the theme of friendship. Beartato and Reginald are best friends, and that’s their primary driving force. Reginald, though, is pretty bad at being a friend. I mean, sometimes Beartato can be a bad fried too, but he’s more often the sane one to Reginald’s cruel or maladjusted behavior.


Of course, despite his negative qualities I can’t help but love Reginald, for kind of the same reason I love the eponymous character from Bob the Angry Flower. He’s a jerk, but the endearing kind of jerk, y’know? (These kinds of people are only endearing in fiction, note. In real life Reginald or Bob would be decidedly offputting.)

Still, the two are mostly inseparable and consistently fond of one another. Their friendship manages to survive Reginald’s issues and their combined cluelessness. In a way, Nedroid provides a beacon of hope, a shining example of friends who remain dedicated despite all odds. It really feels like most of the time these guys are totally content being best buds and that there’s nothing in the world they’d rather do than hang out together.


There’s just also this subversive undercurrent that makes you think that maybe friendship isn’t the happy beautiful thing it’s chalked up to be. If two best friends can maintain such closeness while often treating each other outright maliciously, well maybe there’s something wrong with them. Or even something wrong with friendship, as an idea. Maybe having a best friend isn’t the greatest thing in the world. Maybe it’s a terrible, deadly trap.


But, uh, Nedroid doesn’t usually get that heavy. Terrible things might happen, but this is the sort of comic that could turn being arrested for manslaughter into a lighthearted romp. It’s a very particular kind of messed up, where the experience of reading it is easy even when the characters are dealing with what in real life would be serious issues. I guess that’s because in Nedroid there are no serious issues. There are only very, very silly ones.


Occasionally there are little “Ask Beartato” segments. I would not recommend taking any advice from Beartato; his choice of best friend alone leads me to question his judgement. But if Beartato is around while a decision is being made, I would certainly want to get his opinion, if only to see the bizarre direction he will no doubt take the discussion.

If you read Nedroid you will find idiosyncratic jokes, elegant in their simplicity. This comic is the product of a fertile imagination, one that comes up with ideas that would never have occurred to someone else. That’s one of the things I look for, not just in comics but media in general: I want to see stuff I wouldn’t have come up with on my own. I want to think new thoughts. Nedroid makes me think new thoughts, and it does it in such a way that I often fall apart laughing while doing so.


Head forth, immerse yourself in the mad, dream-logic sensibility of Nedroid, and enjoy.

Nedroid is written and drawn by Anthony Clark and updates irregularly. I usually check in every couple of weeks to see what’s new.

Long-time readers of this blog may recognize the name Anthony Clark because he also does colors for Doctor McNinja. He also helped Ryan North propose to his girlfriend, in what is one of my favorite comics/marriage proposals ever*. He’s a pretty versatile dude. I would recommend his comics to people who are also versatile.

Oh, and keep an eye out for that mouseover text!


Previous Entry: xkcd
Webcomics Worth Wreading Archive
Next Entry: Not Invented Here
Posted by Unknown at 7:14 AM