Enter a world where mad scientists run rampant, where monstrous abominations hold a great deal of political sway, where the difference between the possible and the unthinkable can be easily breached by a gifted and determined individual. This is the world of Girl Genius. 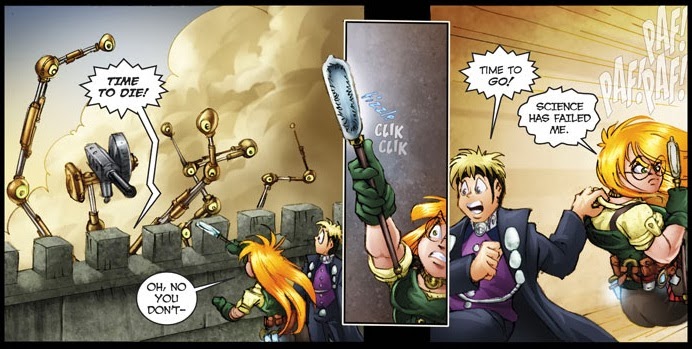 Girl Genius is an adventure serial. It throws the reader into a world of heightened stakes and intrigue, where there is more to almost everything than first meets the eye. The story is fun, exciting, and convoluted in that enjoyably overcomplex way that keeps people coming back because, for instance, we still don’t know exactly where Klaus was when he went missing all those years ago.

Note: Girl Genius is heavy on the continuity and really must be read in order from the beginning. I’ll hold back from discussing major plot revelations in this post, but an astute reader may be able to infer certain things from context. There is a lot of story here, and plot twists that were revealed hundreds of pages into the story are now old hat. Bear that in mind if you’re looking for a fresh experience as a new reader. 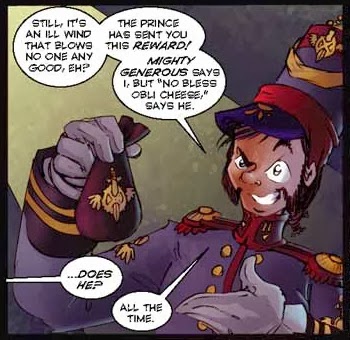 This comic is a member of the proud tradition of paying homage to old pulp novels, cheesy radio dramas and the like by creating a new story that follows their patterns, but goes along with modern sensibilities. It’s the formula that made the Indiana Jones movies work, to the extent that if you like Indiana Jones then Girl Genius is a comic for you. There’s danger at every turn, startling new revelations, returns of old characters, and the certainty that any moment could become a life-or-death struggle.

All this happens in a setting that is somewhat medieval, but altered by the presence of mad scientists inventing things that just shouldn’t work. These inventions certainly stand out against the technological level of the time period, but often they would even stand out against modern technology, being above and beyond or even just beside our understanding of scientist. A spark* laughs at the word “impossible,” and then builds a death ray and blows it away for good measure.

Many of the robots, weapons and equipment in Girl Genius resemble a steampunk aesthetic, given the materials available to the characters and the technology level of the surrounding setting. The Girl Genius aesthetic developed naturally out of the setting and content, and is particular to the comic rather than an emulation of an artistic movement. Girl Genius predates and likely informed much of the recent steampunk movement, though I am not knowledgable enough about steampunk matters to provide an informed analysis. There’s nothing else out there that looks exactly like Girl Genius, and it doesn’t precisely conform to the definition of steampunk, but there’s an affable enough connection there that if you’re someone who likes steampunk, there’s going to be a lot of Girl Genius that you’ll love looking at for that reason alone.

The heightened drama and intense emotional atmosphere of the comic are undercut by the sense of humor that is present through the entire work. It’s a comic that mostly takes itself seriously, but it’s like it just can’t really keep a straight face and lets off steam by openly acknowledging the silliness of the situations contained therein. Again, this is a lot like the Indiana Jones movies, which are serious adventure stories but with a whole lot of fun jokes throughout. The more I write on this subject, the more I’m convinced that Girl Genius is just what Indiana Jones would be if instead of a movie series about an archaeologist it was a comic series about mad scientists. 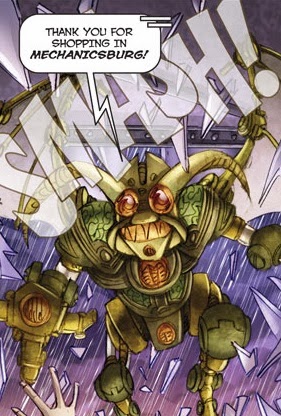 Also in the proud tradition of old adventure serials and modern homages to old adventure serials is a certain level of bawdiness, not through the whole work or even most of it, but enough to be a noticeable element. there are plenty of instances of innuendo, characters caught in farcically compromising situations, or just walking around in their underwear for reasons that are definitely necessary to the plot and not at all just excuses to show off drawings of mostly-naked attractive characters.

Any time there’s a discussion about sexualized female characters versus objectified female characters, my go-to example for how to do sexy female characters the right way is Girl Genius. Agatha (the protagonist) and other women in the story are typically drawn to be busty and alluring, and they are all well-defined characters with important roles in the story. Characterization is the important thing, and every instance of a scantily-clad woman appearing in the story feels earned. It can be done. It’s been done here. Anyone who swears they can’t possibly write/draw sexy women without objectifying them is lying or just hasn’t read Girl Genius.

Given that this is a comic set in a world full of mad scientists and their inventions, it’s a visual feast for people who like robots and monsters and lightning striking castles and stuff like that. The wide variety of creatures who inhabit this world provides fodder for a lot of beautiful and fascinating character designs. The art is used to convey story information in some ways that aren’t immediately obvious, so read closely! And pay attention to the colors early in the story, because what they do with that is really cool. 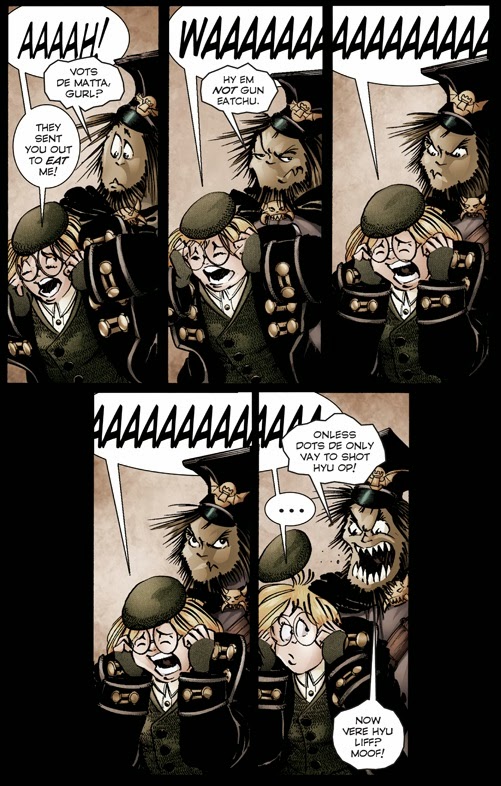 Lots of fascinating characters with equally fascinating and interwoven backstories, an intriguing setting full of potential and mysteries, and a fun and fantastical sense of humor make Girl Genius engaging and page-turning. Or, um, page-clicking, I guess. If you’re like me, then once you start reading it you’re not going to want to stop, and then you’ll get to the end and feel a sharp pang of sadness at having to wait a day or two or even three to see the next installment. 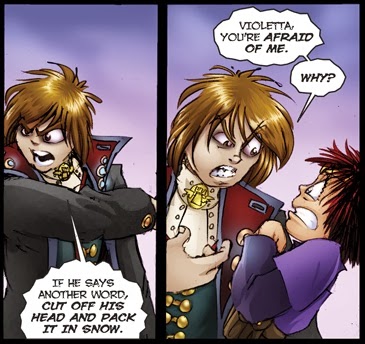 Girl Genius is written by Phil and Kaja Foglio, drawn by Phil Foglio, and colored by Cheyenne Wright. It updates on Mondays, Wednesdays and Fridays. I recommend it to people who like adventure! 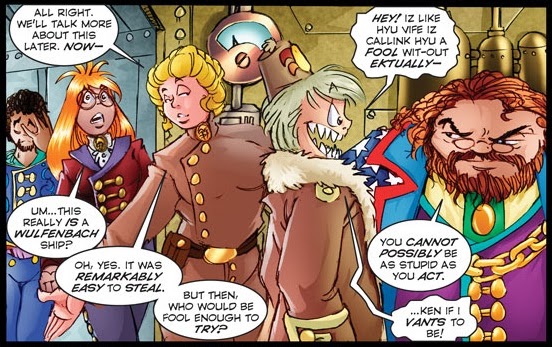 Previous Entry: Anything By Jeffrey Rowland
Webcomics Worth Wreading Archive

Next Entry: xkcd
Posted by Unknown at 8:44 AM